A new two storey home with 5 bedrooms, a study and multiple living areas on a wide block of land.  The architectural design for this house included a brick base with three 'bridges' spanning  across the brickwork, creating an internal rhythm of bedroom volumes and double high skylight voids that define the interior.  We utilised large glazed windows above the brick walls detailed to have no visible evidence of window framing, creating the illusion that all public spaces of the interior are open to the external landscape and sky beyond.

This project was featured in "Houses" magazine December 2016 issue.  The magazine feature can be viewed by clicking Houses Magazine Issue 113 December 2016

On 1st July 2017, this "Brick House" won the NSW Residential Architecture - Houses (New) award.  The winners are featured in this article: 2017-nsw-architecture-awards-winners-announced. The Brick House was also a Finalist in the 2017 HIA NSW Region building awards in October 2017. 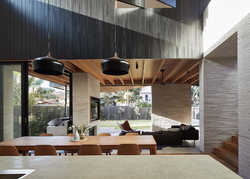 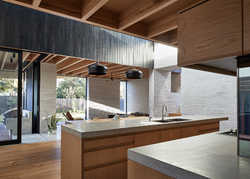 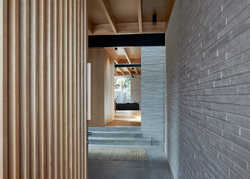 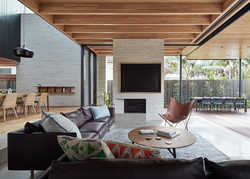 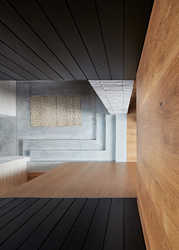 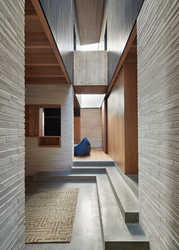 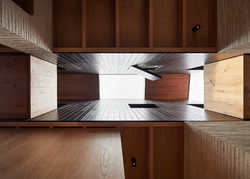 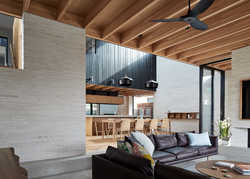 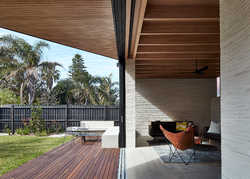 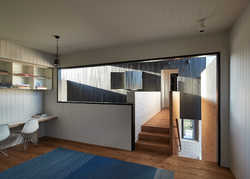 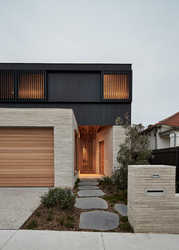 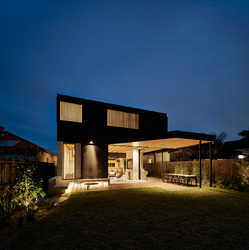 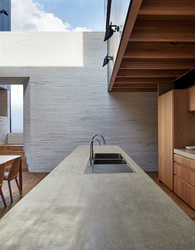 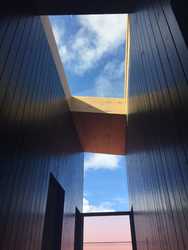